It was another amazing adventure to China this year. My trip started off in Beijing for  press conference and some sight seeing. From there I flew to Hangzhou to meet my fellow tidal bore surfers and Wabosono crew. Check out our pics from the trip, surfing the tidal bore and a brief blog I wrote while I was there.

DAY 1:
Our morning starts off the day with a safety briefing meeting on a massive police yacht located on the river.   Fifteen eager pro surfers, multiple camera crews, media personnel and government officials  are packed like sardines into a room listening to Chinese men tell us what we cant and can do on the river. “No going to close to the river banks due to underwater jetties and poles that can suddenly appear. Don’t go past bridge number 9 where we enter into a new town with different regulations. Don’t surf in the middle of the river (where the wave is typically the best) due to construction.” The list goes on and on and on and on. However, by the looks on these frothing surfers, it’s obvious when the mysterious wave appears all rules will be quickly forgotten.

The chaos really starts when we are loading up bodies on boats and jet skis . Basically, there are too few jet skis for how many teams are surfing. The main crew boats are so full the shady engines are barely roaring up to proper speed. People are left behind, egos are starting to unveil and all must be sorted out in a timely manner  before the Silver Dragon appears. We have one shot daily at riding this wave. If you miss it, there is no paddling back out to the lineup and waiting for another.  For those who have never seen the wave before, this is a once and a lifetime opportunity. Due to the heavily regulated Chinese government not just anyone can come and surf this natural phenomenon. There has been a few pioneers who attempted to surf it in the past, but in the end was surrounded by blue and red sirens and handcuffs on their wrists. It is a honor that we are invited out here to Hangzhou to attempt to ride this wave, even if it is for a few seconds.

Fast forward to the excitement….

We motor up the river about 45 minutes to bridge number 9 where we idol and wait anxiously for the wave to appear. In the distance is a giant wall of whitewater  a mile across slowly moves towards us. My first vision is a blurred and uncertain. All the newbie surfer’s mouths drop as they watch this never ending wave appear.  Is this thing bigger than last year’s showcase? Luckily, for all of our sake and safety the wave was much smaller.  About 1 minute into the Silver Dragon appearing, shit hit the fan big time. The red boat which was closer than the boat I was on stalled out and from a distance I saw bodies jumping overboard. I yell at ski drivers to go pick up the others but before anyone could understand the wave was coming too close to our boat. Our captain announced the boat is stuck aground and the engine stalled. I watched the wave slowly take us out.. 3..2..1..Here we go…the roller coaster ride from hell is about to start. The guys with surfboards jumped overboard, while the captain, two Chinese crew and I attempted to stay aboard. I jumped to the back and held onto the metal bars above the engine for dear life. The wave wasn’t all the big, maybe 3 foot, but it is the energy of the water moving behind it that can be very powerful. I didn’t have a board so my plan was to ride it for a few seconds in the boat then jump off the back away from the wave to avoid getting swept away too far away from everyone.  I rode for about 30 seconds, getting flung from left to right trying to balance out the boat so it doesn’t flip. We were completely vertical about two times. At one point I was flung to the side of the boat, hanging off the side, but had my leg stuck in a rope on the outside of the boat so I couldn’t let go or I would get drug by it. Unable to release my leg, I somehow climbed back up into the boat while it was flying sideways in the air and was free.  I made eye contact with a surfer in the river,  pointed to him and jumped onto him and his board. After a two minutes of chaos, the wave passed us by. It was a giant yard sale of cameras, bodies, equipment, gas tanks and boats. Luckily, everyone was ok with only a few bruises and very little blood. Once our crew was safe, we motored back to a cove to wait for hours for a pickup. After all the chaos, two teams that remained untouched still managed to surf the wave. Minus the scary craziness, everyone that the Silver Dragon touched was in  good spirits, excited and couldn’t wait  to go back for more.

Last night we had meeting after meeting discussing the issues of bad equipment, the shallow parts of the river and why things happened the way it did. You just never know what the Silver Dragon is going to reveal, which is why this trip is so damn amazing.
With new safety plans and more specific directions, two teams are off to attempt the river. I am one of them and I cant wait…. I love when the Dragon bites, however, I love it even more when I can tame it. Wish us luck!”

Day 3: We scored the Dragon and rode it for miles… amazing…simply amazing!

Special thanks to Wabosono, Red Bull China, Glen Brumage, Chinese government officials and everyone who helped put on this incredible event! 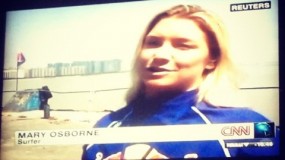 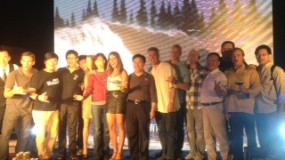 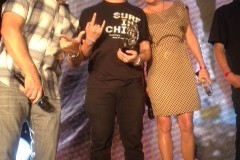 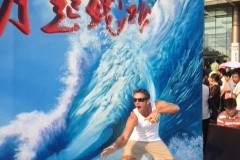 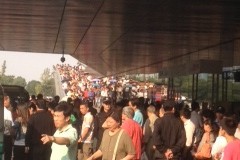 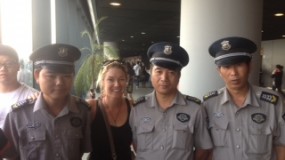 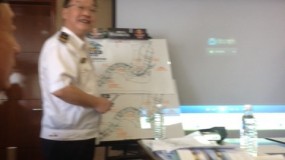 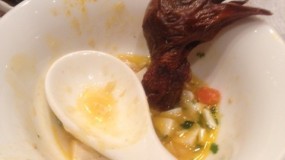 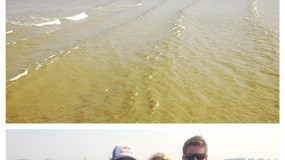 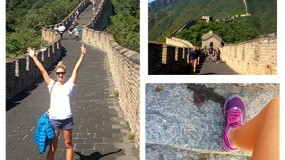 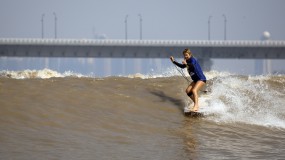 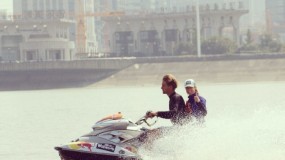 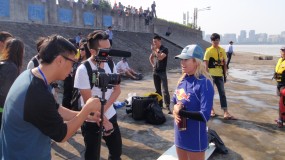 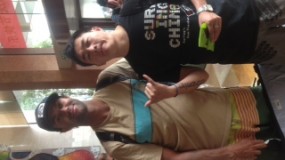 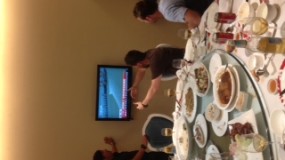 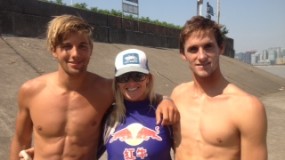 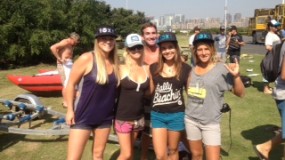 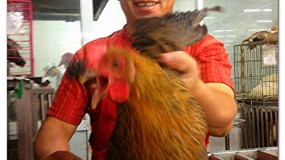